When it comes to growing plants indoors, there are two major competitors in the world of grow lights. Light Emitting Diode lights, or LED’s, and High-Intensity Discharge lamps, or HIDs. The big question is which one is better and which one will offer the biggest benefits to your crops. Well on the surface one of the most noticeable difference in lights is going to be the price. You can buy a 1000 Watt HID grow light for about $60. Right now the only true 1000 watt LED grow light on the market is the PhytoMAX 1000 and it MSRP’s at $3,099. At such a contrasting price point it’s important for growers to do their research and fully understand the benefits of growing with each. 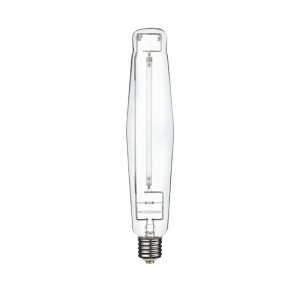 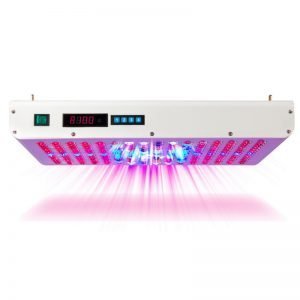 Let’s start with the differences in output, specifically the light intensity. When comparing performance we measure light output in terms of lumens. Technically speaking, the lumen is a standard unit that measures the total perceived power of a light source. LED lights may not have a noticeably more intense light output visually, but when used in a laboratory setting, LED lamps have a much more intense light output than that which was created by the HID lamps. This means at the end of the day LED lights are going to feed you plants more of the light they need to reach their full potential.

LED grow lights do not generate nearly as much heat as HID lamps, and can therefore be placed much closer to the plants without fear of burning. Since LED’s run cooler they in turn need less air circulation in an indoor setting. Many HID reflectors are built as 1 complete enclosure to help trap in the heat but even then it is crucial to closely regulate the temperature in your indoor garden as HID lamps run inherently hot. HID lamps are known to heat up quite fast and can potentially burn plants if they do not have proper clearance and airflow. LED lights still produce heat that needs to be regulated but it much more manageable to do. If you are growing in a small space then you will need to use an LED light as it is very difficult to regulate the amount of heat an HID light produces in such a small space.

The LED grow light industry has only just started to take off. Companies like BlackDog LED, Kind LED and California Light Works are leading the LED grow light industry. These companies have been able to master craft these lights to be much Bay Bridge Lightsmore favorable at each growth stage of the plants. LED lights focus on blue and red wave lengths which are known to encourage plant growth especially in the flowering and production phases of development. LED lights have been tested on yield and are proven to outperform HID lights by as much as 50-100%. On top of this the overall cost to run an LED light is substantially lower. LED lighting is extremely efficient. To give you an example, the Bay Bridge in San Francisco is covered in 25,000 LED lights. Every night for 7 hours there is a beautiful light show displayed for the entire city to see. The energy cost to light up the entire bridge is only $30 a night.

The lifespan of LED lights and HID lamps vary greatly. The lifespan of LED lights is 5-10 times as long as a HID lamps. Normally you want to change your HID bulbs every other grow or once every 6 months. LED lights will last you at least 5 years before you notice any changes in strength of light source output. At a certain point LED lights will start to lose their strength but this will be a very slow process. Additionally, LED grow lights can be much smaller and be placed around your plants much easier because they are not as bulky as HID lamps.

Overall, LED lights are a stronger performer and a better choice for indoor growing. Although they may cost a little more upfront the overall benefits strongly outweigh any initial financial downside.