The K5 XL1000 covers a 5′ x 5′ (25 sq ft) area and replaces a 1000 watt HPS setup, while only drawing 650 watts. The K5 series features a customizable spectrum, 8 light stages, and built in timing for full control over your valuable grow.

The K5 Series is comprised of the perfect mix of 3 & 5 Watt Light Emitting Diodes. Each of the three primary ranges of the photosynthetic spectrum can be dimmed and intensified individually to give your plants their ideal spectral ratios from seed straight through to harvest. The K5 XL1000 boasts an extra large footprint that dwarfs those of competing LEDs and now even equals that of traditional grow lighting. The Secondary Optical Lenses individually focus and intensify the output of every single diode, significantly magnifying PAR and increasing canopy penetration. This revolutionary series of LED grow lights will produce the biggest and best yields, while consuming approximately half the electricity and producing a fraction of the heat of HID lighting.

The Kind LED K5 XL1000 uses only about half the electricity as HPS lights, and produce much more yield per watt. Many studies have even show an increase in oil production and quality, closer inter-nodal spacing, and denser fruits and flowers. Also, because these Kind LED grow lights produce less heat, they do not need to be air-cooled like HPS lights, therefore eliminating the need for additional fans, which also makes them run quieter. Kind LED lights run cool, so cool in fact that no additional temperature control equipment is needed besides the internal circulation fans. Lower light temperatures lead to a much more easily maintained ideal grow environment in which your plants would thrive. Because the individual diodes of a Kind LED light are set to a specific color and in a specific proportion, they are able to emit the exact spectrum that a developing plant would need to thrive, with little to no waste. The 12 band complete spectrum is designed to perfectly match the growth needs of your plants. Kind LED Growers will be able to simplify their grow rooms, save on electrical consumption, keep their rooms cooler, and perhaps most importantly, experience a marked increase in the quality of their fruits, flowers, and vegetables.

1. Extra Large footprint solves one of the main problems that LED lights have faced in the past. Because of historically small footprints, due to small circuit board construction, LED lights have always failed to deliver the finished harvest weights promised in comparison to their said HPS counterparts. Truly lit square footage of canopy space is a very crucial component to overall harvest weight. Kind LED features high quality diodes intensified with secondary optical lenses and spread over an extra large housing, now providing true footprint replacements for 750w and 1000w HPS. Finally, with Kind LED, harvest weights are true to spec.

2. Fully customizable spectrum allows the user to not only adjust the spectrum to match vegetative and flowering stages of their plants, but also allows for specific spectrum control for nearly any type of plant genus in applications such as greenhouse growing and in agriculture operations where crop rotation, or crop zoning, is common.

3. Internal timing function of the K5 series lights allows for more streamline setups where the user can do away with separate analog or digital timers that can be bulky and extremely unreliable. Now, all light cycles are programmed and changed from a convenient remote.

4. 8 stage ‘mother earth’ timing function allows user to mimic the great outdoors like never before seen in indoor growing, slowly waking your plants up in the morning and seeing them to bed every night. 8 separately set stages allow for light to gently turn on in the ‘morning’ (sunrise), intensify into full power (full day sun), then gently turn off in the ‘evening’ (sunset). Each of these stages can be set to the user’s desired duration and desired spectrum intensities.

5. Perfect mix of 3 watt and 5 watt diodes create the ideal amount of usable light for lush, healthy, huge plants. 5 watt LED diodes are awesome. They emit an intense amount of light and have the ability to penetrate the plants canopy like no other. But, too many 5 watt LED chips, and a light can run too hot, doing away with one of the main benefits of LED lights. The K5 series lights have the best of both worlds. The ‘sweet spot’ efficiency of the 3 watt LED chips, mixed with the harvest boosting power of the 5 watt LED chips.

6. True to spec harvest expectations. When they say the Kind LED K5 XL1000 replaces a 1000 HPS, they mean it. In order to be a reputable company, one must not make false claims that their product can’t support. Let’s face it, no LED light that only draws 350 watts is going to replace a 1000 watt HPS, period. They make reasonable claims at KIND LED. They have found, through extensive testing and research, that a 40-50% savings in electricity is what you can expect from their lights. The 1000 watt equivalent light draws about 630 watts or 63% of what a 1000 watt HPS would typically pull. But that’s just the light!! Add up all the other savings in equipment needed for heat management in a traditional HPS room, and the energy savings are even more remarkable.

7. All functions of the K5 series are run from a convenient remote. The guys at KIND LED are still scratching their heads as to how most LED companies think people are able to flip an analog switch or knob to control spectrum or switch between modes on their lights when they are in the middle of a grow and their light(s) are hanging above a huge canopy of delicate plants!!! Their lights are fully controlled from a convenient handheld remote. Control 1 or 100 simultaneously from one small device.

8. The lights use PWM (Pulse Width Modulation) dimming. Some lights use archaic methods of dimming that only lessen the brightness of the light being emitted, while still pulling the same amount of energy out of the wall. PWM dimming allows the light to only consume as much power as it needs to drive the diodes at their set level of brightness.

9. Sexy, sleek design. Man, there are some ugly LED lights out there. Function over fashion is a must in lighting, but they have both.

There are no reviews yet. 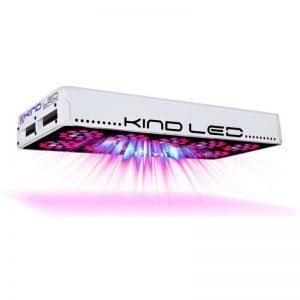 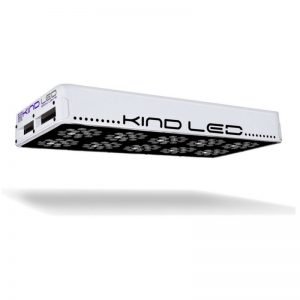 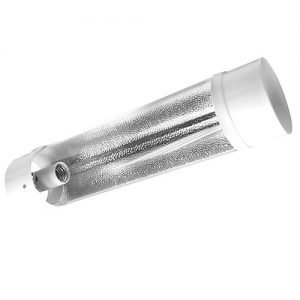 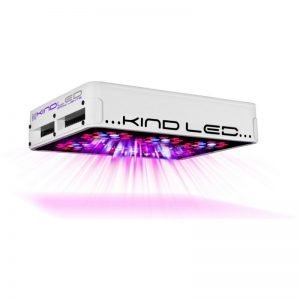 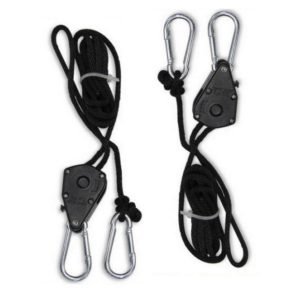 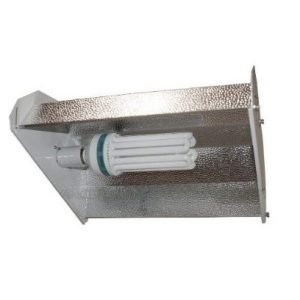 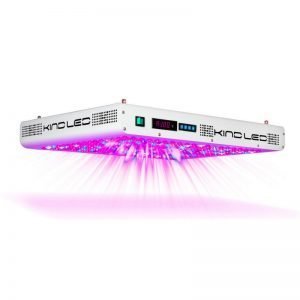